Just like in a camera, where the film or the sensor is the layer sensitive to light, the retina is the light-sensitive layer in the eye. The macula lutea, a portion of the retina, is the only part of the retina that can achieve very sharp focus. This is possible due to the presence of a high concentration of cone cells in the macula lutea. Cone cells are responsible for perceiving contrast and colour. The rest of the retina is responsible for your peripheral vision and, therefore, has a higher concentration of rod cells and fewer cones.

It is this part of the retina that is good at perceiving movement. The rods, consequently, are responsible for the wider field of vision.
When the cone cells die off, this is called macular degeneration. The ability to see sharply disappears, and a spot is left in the middle of the central field of vision. 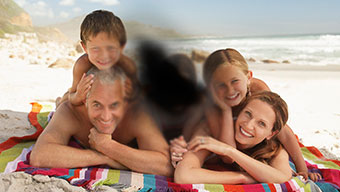 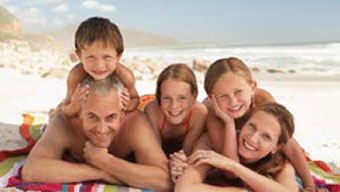 Dry AMD
This type of MD begins as small, pale yellow deposits called ‘drusen’ start to accumulate in the macula. The appearance of these drusen is accompanied by a reduction in the number of cones in the macula. This reduces the visual acuity. This process occurs mostly unnoticed and very gradually. The result is that it may take many years before the ability to see sharply begins to deteriorate noticeably. Usually, both eyes are affected to approximately the same degree.
In cases of dry AMD, it is important that you monitor whether distortions occur in the images that you see, for example, a window frame that is bent or a distorted line of type. These phenomena may indicate the ‘wet’ form of MD.

Wet AMD
This type of AMD is also referred to as exudative AMD, disciform AMD or Junius-Kuhnt degeneration. In wet AMD, the loss of eyesight occurs much more rapidly. This happens when tiny blood vessels start to grow behind the macula, causing the accumulation of fluid and/or bleeding under the retina. This leakage damages the photoreceptor (light-sensitive) cells in the retina, which causes rapid and severe deterioration of the eyesight. Ultimately, scarring occurs in the macula with the loss of central vision as a result. What is noteworthy about this disorder is that the other eye can remain healthy for a long time.

Do you recognise the symptoms of retinal ageing in your own eyes?
If so, we urgently advise you to make an appointment at our eye center.

Injections
To return wet macular degeneration to the dry form, monthly anti-VEGF injections may be given in the affected eye. Often, though, it is not possible to improve the lost visual acuity. AMD is a chronic, progressive disorder. A course of treatment is considered successful if the visual acuity decreases less rapidly than it would without treatment.
Lucentis, Avastin or Eylea etc. are administered in injection form in the eye. For the first 3 months, an injection is given once every month. After that, the visual acuity of the patient must be checked, and if the AMD becomes wet again, another series of monthly injections must be administered. In practice, the eye should be checked every month, and the treatment usually ends up consisting of 7 to 10 injections per eye per year. 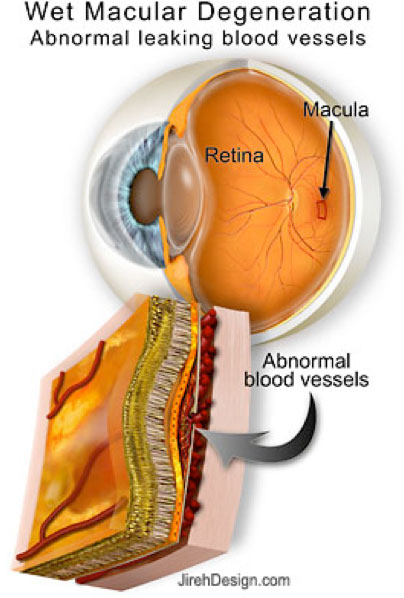 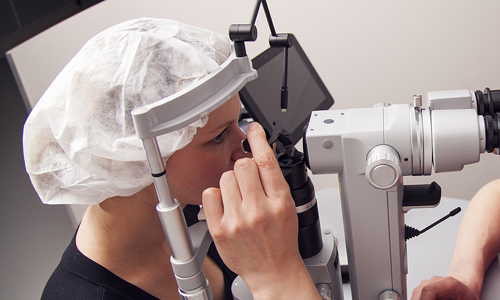 The 2RT is a laser which does not generate any heat but which stimulates a natural, biological repair process. The device, which produces extremely short, 3 nanosecond-long laser pulses, stimulates the Retinal Pigment Epithelium (RPE). This initiates a cell rejuvenation process without causing any damage to the retina. The painless laser pulses stimulate the tissues in the retina to repair and regenerate themselves. As a result, the number of macular drusen can be reduced significantly, and the condition of the macula is improved. This 2RT treatment can prevent, or postpone for many years, the progression of dry AMD to wet AMD.

However, the effects of the 2RT laser are not permanent. It is likely that the treatment will have to be repeated once every 6 to 12 months. Given the fact that the cool 2RT laser does not cause any damage, this is not a problem. The treatment can be repeated indefinitely.

Before the 2RT cool laser

After the 2RT cool laser 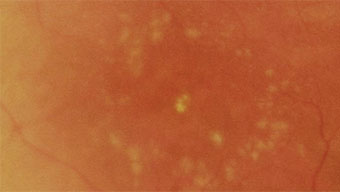 Make one directly in the ophthalmologists’ online schedules:

You can find out more about which cookies we are using or switch them off in settings.

This website uses cookies so that we can provide you with the best user experience possible. Cookie information is stored in your browser and performs functions such as recognising you when you return to our website and helping our team to understand which sections of the website you find most interesting and useful.

Strictly Necessary Cookie should be enabled at all times so that we can save your preferences for cookie settings.

If you disable this cookie, we will not be able to save your preferences. This means that every time you visit this website you will need to enable or disable cookies again.

This website uses Google Analytics and a Facebook pixel to collect anonymous information such as the number of visitors to the site, and the most popular pages.

Please enable Strictly Necessary Cookies first so that we can save your preferences!